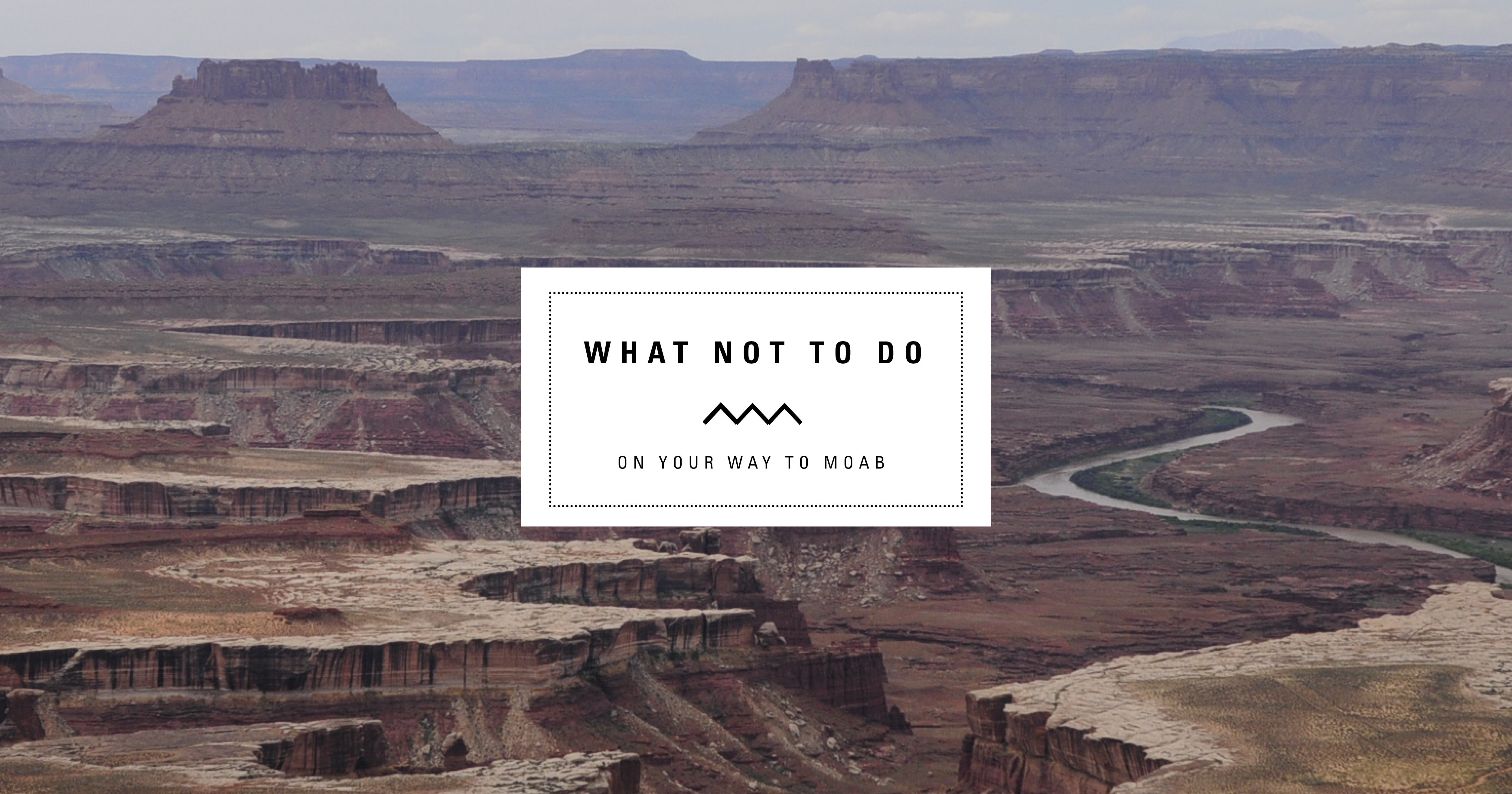 13 Mar What Not To Do On Your Way To Moab

Posted at 18:06h in Uncategorized by RG team
Share

Last May, a group of my friends were headed up to Moab, Utah. I was invited at the last minute and decided to tag along. The journey that is the most difficult is often the most rewarding…

My best buddy, Cody, and all the others, headed out around 8am. For those who don’t know, the drive from Boulder takes about 6.5 hours. I had to finish some work on a project I was on at the time, and was only able to cut out of work around 3pm. While at work, my car was packed and ready to go. Once off, I bought a Red Bull and hit the road knowing it would be a long drive; although I had no idea what I was in store for.

Since my friends headed up before me, I knew I had to find their campsite on my own. They had picked a hidden spot in an effort to get some of the best views. So, I was given GPS coordinates to a place in the middle of Dead Horse Point. Just to clarify… I am driving alone for 6.5 hours to the middle of nowhere. Nothing bad could happen, I’m sure…

With me, I had two portable batteries to make sure my phone had enough juice to get me to my friends. By some miracle, neither of these batteries were fully charged. Halfway through the drive, I see my phone is at 20% and I plug it in to charge. I only got about 15% until the first battery died. I plug in the second battery, and the same thing happens. All I can think is, “Oh fuck. I’m 2 hours away from these coordinates. I guess I’ll just have to see what happens.” At this point, I’m even questioning whether the trouble was worth it.

Frustrated, and far from comfort, I push forward. I figure it would be 2 more hours until I’m with great friends in a beautiful place. I put my stress aside and kept on trekking. Finally, it’s after 9pm and I’m now in the home stretch. I’m stoked that this drive is almost over. Too stoked. I was wrong to be so stoked, per usual…

Almost 15 minutes away from the coordinates, I fill up for gas and check my phone. It’s at 5%… Fuck.

I fuel up and quickly hit the road. I am literally chasing the sun as it is setting. I haul ass until I arrive at the coordinates. Finally! I have 1% battery and frantically call Cody.

He picks up (omg) and tells me to “just go forward until I see the second post after I turn.” Ok, I can do that. As I drive forward, the road gets kind of gnarly. Further on, the road slowly builds bigger and bigger inclines and declines, to the point where it feels like I’m climbing cliffs. I drive down one of them and, judging from the decline, am almost positive my car is stuck.

Great. I am stuck on a cliff without a phone. After a minor (major) freak out, I get into my car, push the clutch in, and start revving so hard that my car starts to smoke. To my excitement, it reverses with enough speed to get me back up the cliff I drove down. Once up, I begin to wonder what I’m going to do now that I am screwed.

So, I do as any person would do in the situation: I lay on my horn for what felt like forever. Thankfully, Cody finds me and guides me to the campsite where I chug a much needed beer, sit by the fire, and chill out.

The next time you go to Moab, make sure you DO NOT do these things: