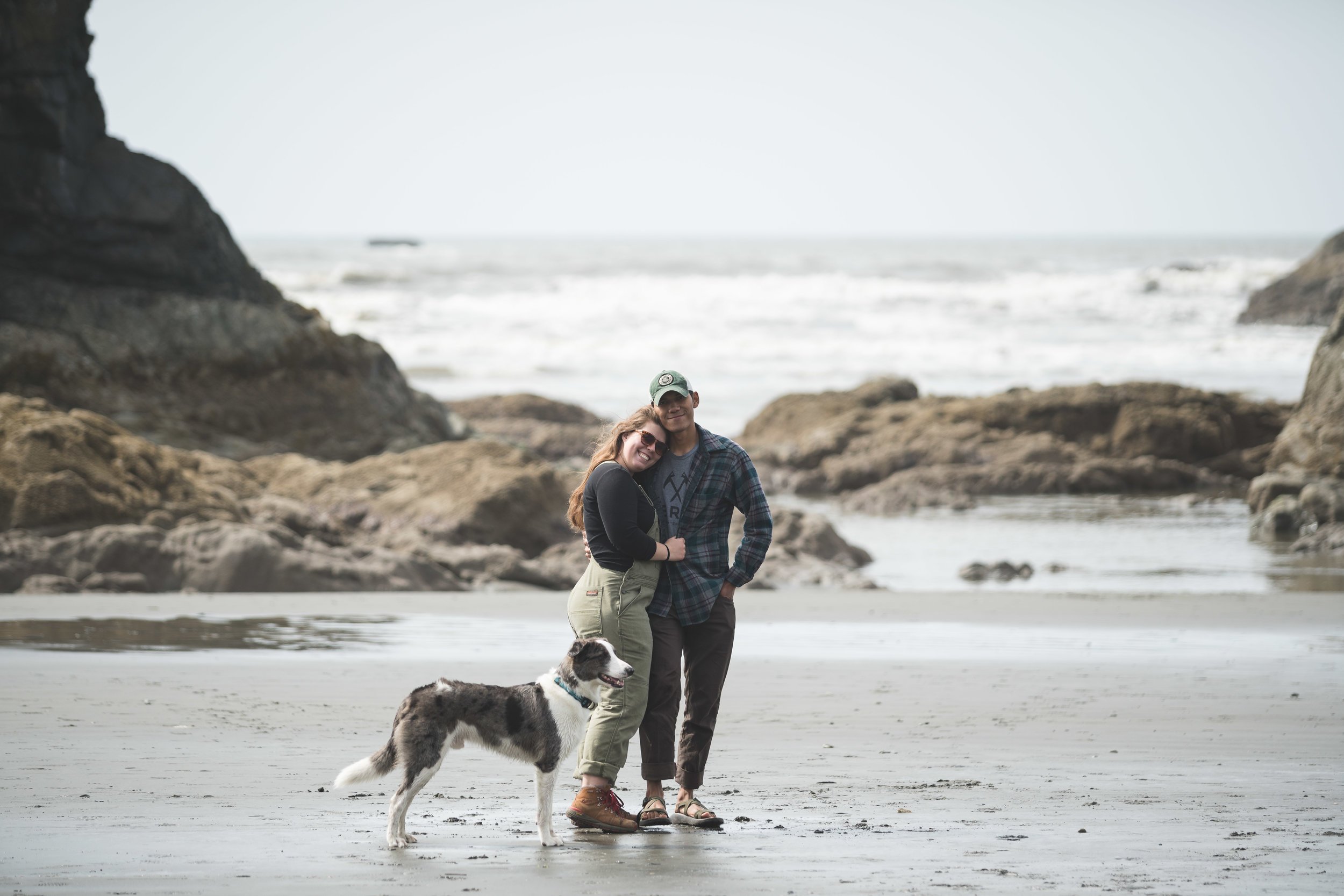 13 Nov Alana & Glen of The Wilderness Collective: Partners in Life and Work

Alana and Glen are the founders of The Wilderness Collective, a story-telling company on adventures to document big life moments like marriage and people living out their passions. After both Alana and Glen were working in the medical field, watching people day after day at their worst, they decided to switch it up and document people at their best.

The Wilderness Collective team is made up of their love and their two furry friends, Tucker and Aly. They call them their VIPs, as in “Very Important Pets.” Since being in business, they’ve been able to expand and hire on help for photography. Otherwise, it’s just the two of them working hard on making art.

When hearing from the duo, it’s obvious that the best part of their job is getting to do it together. Alana and Glen got married in 2019 after being a partnership for six years. They eloped on a small island off of Alaska, their favorite place to adventure. They say they are “quite literally [each other’s] better halves,” constantly improving each other’s work and holding each other accountable. When life is as up and down as it can be, Alana and Glen are not ignorant to the great gift of being able to work together everyday. When asked about their favorite type of client to work with, they respond by talking about how fascinating humans are. A big part of their work is simply showing up and reiterating the remarkable life already being lived. Earlier this year they shadowed an 18-year-old blacksmith who has been at the job for 8 years already. They watched and documented him molding and sculpting metal in awe.

Later, bringing the project to life through editing and videography, they experienced the same raw emotion that they felt in his presence. Witnessing mastery, being able to craft it into a story through a new medium, and sharing it brings a lot of power and reverence to people’s lives. Alana and Glen get to do it day in and day out. This is The Wilderness Collective’s purpose as well as the reason that Alana and Glen are so filled by their work.

But Alana and Glen aren’t ignorant to the fact that the demands of their job can be challenging. Not because of the work itself necessarily, but because in their industry the media is constantly demanding their attention. “Having [FOMO] is SO unhealthy for our togetherness,” they say. “You have to do what makes you happy and for us that’s spending quality time together.” So what’s their recipe for success? Lots of date nights and putting the phone down!

As a brand run by a partnership, we say a big heck yes to everything The Wilderness Collective stands for. Thanks for the work you do!